Busan is the second largest city in Korea and also is the first international port city in Korea. Its deep harbor and gentle tides have allowed it to grow into the largest container handling port in the country and the fifth largest in the world. The city's natural endowments and rich history have resulted in Busan's increasing reputation as a world class city for tourism and culture, and it is also becoming renowned as a hot spot destination for international conventions. Its location enables the city to serve as the main gateway for the Korean Peninsula and the entire Northeast Asian region.

The natural environment of Busan is a harmonious relationship with mountains, rivers, and sea. Its geography includes a coastline featuring superb beaches and scenic cliffs, mountains which provide excellent hiking and extraordinary views with hot springs scattered throughout the city.

Haeundae is one of Korea’s eight most beautiful places. The place itself also holds eight beautiful sights and has been admired for long time. The name was taken from a scholar of Silla Dynasty, Choi Chi-won (literary name Haeun [sea and clouds]), who admired the view from the beach and engraved his name on a rock. The piece of Choi's calligraphy still exists. 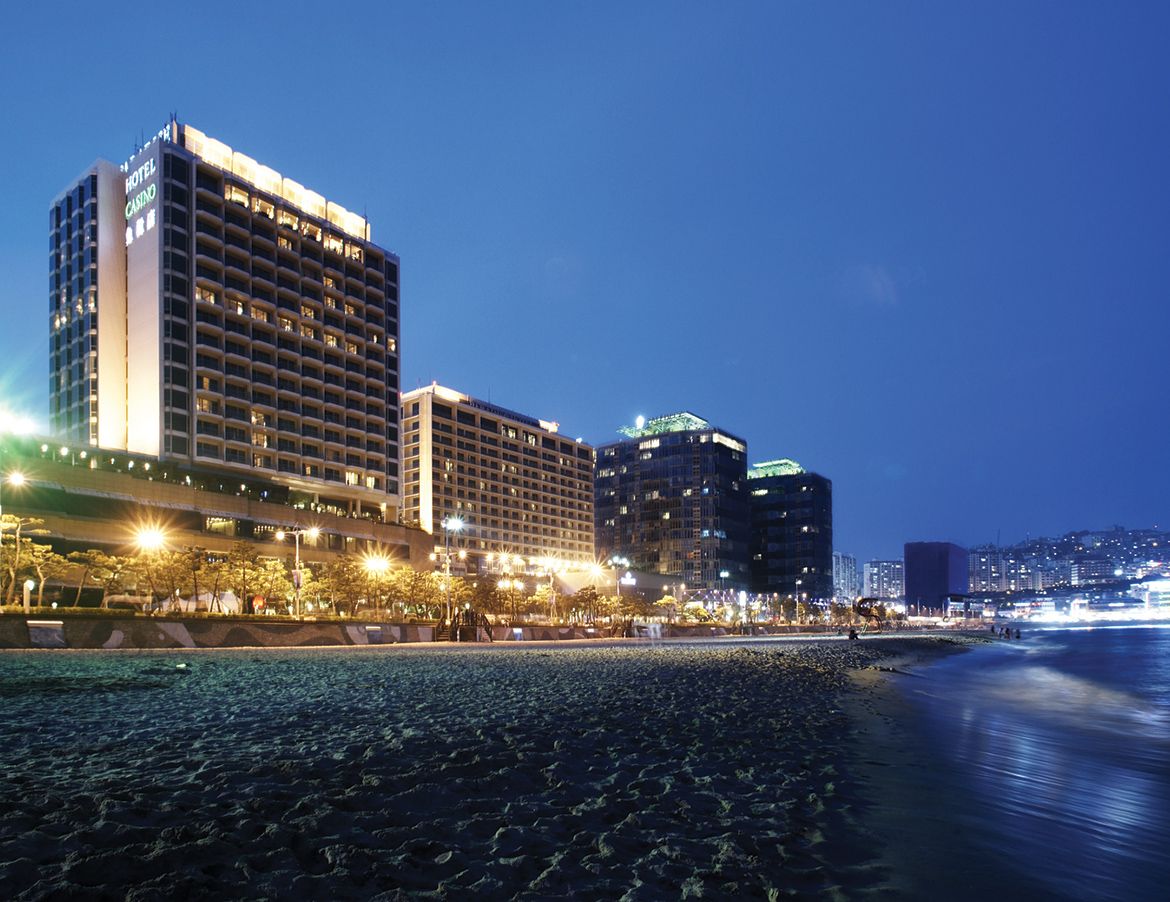 Paradise Hotel Busan is the only five star hotel in Busan with a balcony to observe a marvelous view of Haeundae sea, and is being recognized as a landmark at Haeundae. The hotel provides a new experience of a luxury healing entertainment with a total of 532 rooms at the Main Building and Annex.

Paradise Hotel Busan is sparing no expense in developing its facilities for the customers. The hotel executed a grand scale renewal of its Annex in 2014 and Main Building in 2017 stage by stage. On top of this, it is gaining more competitiveness with the service that adopted design management.

If you would like to book Paradise Hotel Busan, please download and fill in the Reservation form, and fax (+82 51 749-2004) or email  (res@paradisehotel.co.kr) it to room reservation department of the hotel.
Reservation form
MS Word  PDF

How to get to the hotel